From Fulcrum MUSH Wiki
Jump to navigation Jump to search

Lady Morgance ni Dougal, the aging Duchess of Goldenrod who rules from Caer Viridis. As a mortal she is respected in Minneapolis as Colleen Fallon, a Philanthropist and a board member of The Minneapolis Historical Society. Though her rise to power was bloody, she is respected for her fairness, benevolence, and genuine interest in the welfare of her subjects and the Dream. 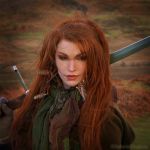 Aideen Greyson Commander of the 31st Troll Infantry based in Caer Viridis. Though she once fought on the side of the commoners in the Great Lakes Campaign, Aideen pledged fealty to Lady Morgance in 1975. The Keystone of Lady Morgance's power. Cmdr. Greyson is blessed with Fae Eternity and has been a force among the fae since the Tudor Conquests of Ireland in the sixteenth century. Aideen's protection allowed Lady Morgance to weather the storm in the fledgeling years of her rule. 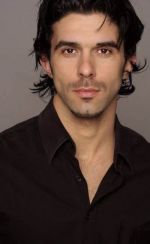 David Kohlmeyer Bard of the Realm. David is a local music teacher at St. Anthony Middle School. His library in the dreaming contains archives of Mortal and Fae History that stretch back into antiquity. 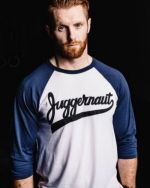 Daniel McCrae Descended from Niall and Garland McCrae. Daniel was a child during the Accordance War. His appointment to Reeve was a political move by Lady Morgance to address the malcontents who still feel slighted by the Sidhe takeover. it also serves to supress rumors of her supposed unfairness or lack of claim. For no matter how much this Redcap hates and resents the duchess, everyone knows she appointed him. 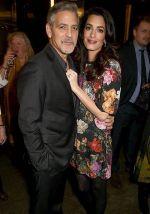 Barony of The Whispering Stones (Unseelie) Baron Friedrich ap Eiluned and Baroness Gloriana, Known to the real world as Doctor Fred Hawkins and his wife Marjorie. Hawkins controls the balefire below the Julian H. Sleepmore Museum in St. Paul. He is renowned for his revolutionary psychotherapy techniques that help the wealthy live their best life. Marjorie is a yoga instructor. 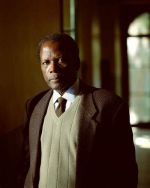 Barony of The Mind's Eye (Seelie) Baron Babatunde Ap Gwydion, known to Mortals as Edward Cayman. Baron Babatunde's court tends the Minneapolis Institute of Art. Admission is of course free as the fae seek to inspire and delight mortal patrons. Babatunde has become somewhat reclusive since the death of his wife Ydira.